Port Huron Town Hall was founded in 1955 by eight women, Mrs. Thomas Bottomley, Mrs. Roy Briggs, Mrs. Clarence Button, Mrs. Frank Conroy, Mrs. Fred Riggin Jr., Mrs. W.A. Schaefer, Mrs. Taylor Summers, and Mrs. Granger Weil. Their idea was to offer a series of lectures to inform and entertain the women of our city and surrounding areas, with the option of attending a luncheon with the celebrity. The founding ladies recruited their friends to sell tickets, type and mail the tickets, act as ushers for the lecture and do all the necessary work to put on the performance.

On Monday October 24, 1955, 1100 women attended the opening series of Port Huron Town Hall. The speaker was Cornelia Otis Skinner, an American author and actress. Consequently, the Port Huron Town Hall was formed. The Board today remains at 23 volunteer women who do the work to present the lecture series. The lecture series was held at the Desmond Theatre in downtown Port Huron, later known as the Huron Theatre. In January 1960 the series was moved to the newly opened Henry McMorran Auditorium, where it remains today.

Port Huron Town Hall has brought some amazing lectures and performances to our city that have been thought provoking, entertaining, and inspiring. Your continued support of Town Hall has allowed us to have 66 wonderful years of history and tradition in our community. 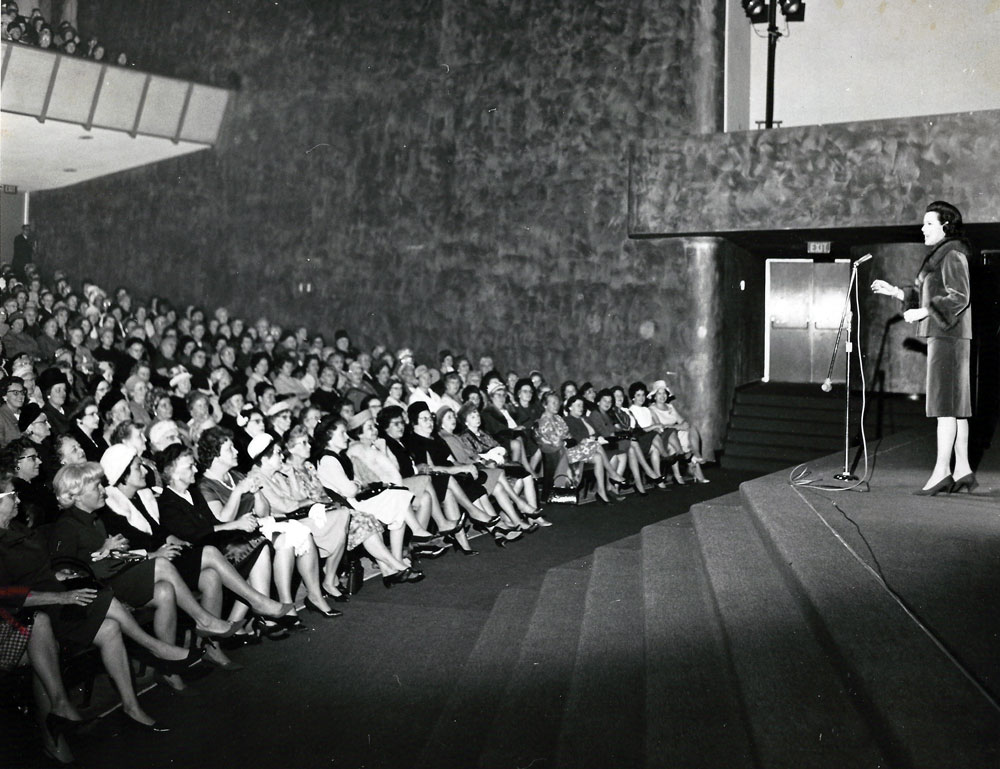 Season 66: 2020-2021
President: Mrs. Rosella Mirabelli
All speakers postponed due to the COVID-19 pandemic.